Are E-Cigarettes Really a Safe Alternative to Tobacco? 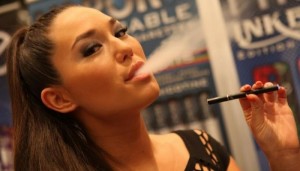 There’s no doubt that tobacco products are responsible for many health issues found in both users and those unfortunate enough to be in the vicinity while many of these products are being used. As an alternative, several companies are producing electronic cigarettes. They’re also claiming that these are much safer than tobacco.

The first examples were produced in China and later introduced into the United States in 2007. These devices consist of a battery, a cartridge that contains the nicotine and other flavorings and liquids, and a heating element. The ‘smoke’ that is inhaled and exhaled is a actually a vapor and not unlike the fog machines found at music events. They can either be disposable or reusable.

How safe are they?

The nicotine in e-cigarettes is no different from that found in tobacco. It’s just as addictive, and the user will suffer the same withdrawal symptoms upon cessation of use. Nicotine is believed to be damaging to the heart and arteries. However, e-cigarettes do not contain tar like tobacco products. This is certainly a plus.

The primary danger from smoked tobacco products is the smoke, so it’s believed that e-cigarettes may actually be less dangerous that their tobacco counterparts. However, the long-term consequences are still unknown. How long did it take before conventional cigarettes were known to be dangerous?
Some of the solvents used to dissolve the nicotine are believed to be converted into cancer-causing chemicals at high temperatures. It’s debatable whether these temperatures are attained in practice, but the possibility exists.

Health experts can’t agree on whether e-cigarettes are a positive or negative invention. Those that support their use point out that their use is likely to reduce deaths and diseases caused by smoking tobacco products. Supporters also suggest that e-cigarettes could help current tobacco users quit, though there has been no research to support that premise.

Opponents point out that the lower risk level encourages a greater number of users, users that might be more likely to transition into tobacco products. These opponents believe that e-cigarettes will ultimately lead to an increase in the number of tobacco users.

It does appear that e-cigarettes are a safer alternative to tobacco, but it’s impossible to be certain until many years, perhaps decades, have elapsed. Perhaps the most significant danger is the possibility of transitioning into tobacco products at a later date. However, more studies are coming out every month suggesting that these products may not be as safe as originally thought.

Several members of the US senate are asking the FDA to examine the safety of electronic cigarettes.

If you’re currently a tobacco smoker, e-cigarettes are probably a healthier alternative. If you currently don’t smoke at all, it would be best to never get started.

If you feel that you’ve been injured by an e-cigarette product, contact a personal injury attorney as soon as possible to discuss your case.